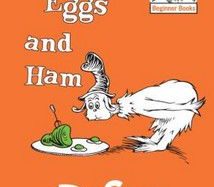 The film focuses on a trip between Guy and Sam’s character-I-I. The two seek to rescue an endangered animal from a remote zoo. Along the way, the two opposite characters will learn to try new things, such as a certain green dish. Green eggs and ham, will showcase the talents of the voice of Diane Keaton, Eddie Izzard, Tracy Morgan, Jillian Bell, Adam Devine, Michael Douglas, Daveed Diggs, and many others.