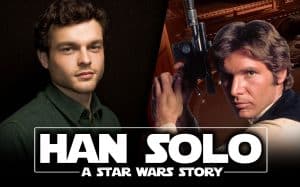 A Star Wars spin-off centered on the young Han Solo (in the film he will not be a child but his story will be told from his twenties). The film will feature figures such as Chewbacca, Lando Calrissian, Jabba the Hutt and Greedo.
Screenwriter Lawrence Kasdan said, “I had the ability to write anything on Star Wars. They said,” These are the elements we would like to make movies “and I said,” Ah, Han Solo. I would write a movie on Han Solo. It has always been my favorite! “So they gave me that movie.”