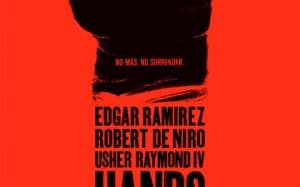 The film is set in the golden age of boxing, when Duran was one of the best boxers, along with Sugar Ray Leonard, Thomas Hearns, Marvin Hagler, Hector Camacho and Vinny Pazienza. Duran managed to fight all of them and won 103 of his 119 matches. The film’s attention will be focused on the incredible fights of the Panamanian boxer with Leonard, which culminated inexplicably in the famous fight in which Duran came out of the ring and shouted “No mas”.
In the film directed by the young director Jonathan Jakubowicz, also recites Robert De Niro (former protagonist of the movie dedicated to boxing Tororo unleashed by Scorsese), while the boxer Duran is played by Edgar Ramirez.
Filming of the film took place in Panama, the home of the leading boxer.