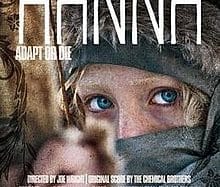 Growing up in total isolation in the most remote forests of Eastern Europe, Hanna (Esme Creed-Miles) spent her entire childhood training to fight and defend herself from those who hunt her and her father, Erik Heller (Joel Kinnaman), a mercenary. His survival skills have the opportunity to be tested when Hanna and her father have to part with the discovery of their cover by a corrupt CIA agent, Marissa Wiegler (Mireille Enos), and her team. Hanna has no choice, she must begin a dangerous solo journey across Europe in an attempt to rejoin her father and at the same time escape and free herself from the dangerous agents who have pointed them. The habit of Hanna’s isolation involves her continuous emotional and physical challenges as she faces a deepening conspiracy that could lead to her and her father’s defeat.