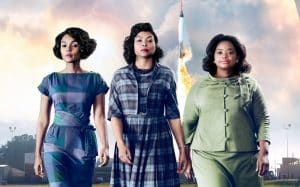 Three African-American women, Katherine Johnson, Dorothy Vaughn and Mary Jackson working at NASA and the brilliant minds who have developed the first space missions program that led men like the astronaut John Glenn into orbit. The film tells their story about how they affected their studies to combat racial stereotypes.