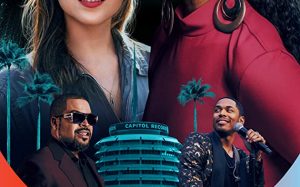 Grace Davies is one of the biggest pop stars in the world. Or, better, it certainly was: it is in fact a huge star, still adored by the public, but at the beginning of what appears to be a long – and relatively slow – decline, given his age. Too bad that the artist has a great desire not to resign himself to a disappearance and decides to unleash an effect rentrée with a lot of new album. This obviously translates into an exponential increase in the workload of Maggie, Grace’s personal assistant, who in theory would be an expert and gifted music producer in the fields of arrangement and composition but who finds herself having to please the singer in her every whim (or almost) and to act as her confidant, babysitter and reference. United by career, the two women are faced with the possibility of being able to change their lives thanks to the possibility that, in reality, the new Grace album offers to both.
Comedy with a strong musical vocation on the one hand but that does not miss the opportunity to also tell a romantic plot on the other, The star’s assistant tells above all the story of the friendship between the two protagonists with, inside, a obvious but not for this obvious message of support for female empowerment, an increasingly recurring theme in contemporary films precisely because it is increasingly relevant for current sensitivity (in the world of cinema, then, after the scandal Weinstein is particularly felt).
The director is Nisha Ganatra, a filmmaker of Indian ancestry but who was born and was trained between the USA and Canada by acting, writing screenplay (she is also an author, in fact) and precisely by directing films: we are at her fifth job for the big screen , which comes out only a year later And then there is Katherine, another brilliant comedy with Emma Thompson starring.
As for the cast, we find the protagonist of the film adaptation of the Fifty Shades saga Dakota Johnson in the role of Maggie, while Grace is played by Tracee Ellis Ross. The two first actresses are also joined by Kelvin Harrison Jr, the rapper Ice Cube engaged in a new actor sortie, the revived Bill Pullman (actor very popular in the 90s, which surely many remember), June Diane Raphael, Eddie Izzard, Ben Lewis and Deniz Akdeniz.