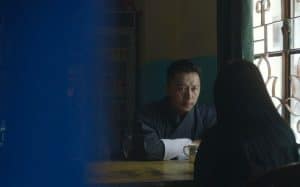 The debut of the director Dechen Roder, who presented a short film at the Berlinale in 2015, Honeygiver Among the Dogs is a real Buddhist noir. Cinema atmospherically dense and dynamically load of tension between serenity, faith and morality.