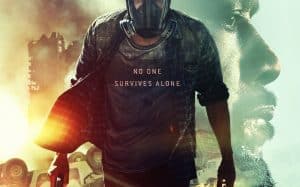 The mystery is not really – as the title states – “how everything is finished”. Rather, the mystery is how it began. Suddenly appeared at the end of 2010, in the legendary Hollywood “black list” of the screenplays to keep an eye on, the apocalyptic thriller “The end of Brooks McLaren” was underway for eight years, before Netflix challenged its rights, finally bringing it to fulfillment.
Released starting July 13, and jealously guarded against rumors, the story begins with a business trip in which the former military Tom Reacher involves Will, companion of his daughter Samantha, who will soon become a mother.
Along the way, while the two men are near Milwakee, something unexpected happens: the electric current is mysteriously interrupted, violent earthquakes shake the earth while an incredible variety of cataclysms – fires, tsunamis, electromagnetic storms – breaks down on the region . The end of the world is approaching, this is clear, but nobody knows its reason: what is certain is that people, clinging only to the spirit of survival, are rapidly losing their humanity. Aboard a car, and with the tank perpetually in reserve, Will and Tom will cross a cruel, regressed and savage America to embrace their daughter (and her partner) whose fate is hanging by a thread.