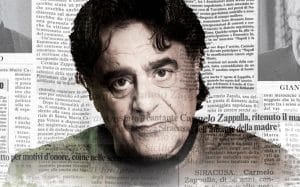 In the early nineties the life of the famous Neapolitan singer Carmelo Zappulla is disrupted by the testimony of a repentant who accuses him of being the instigator of a murder. Faced with an arrest warrant, Carmelo is forced to leave the international stage to face a difficult period of detention. This will be just the beginning of a long legal ordeal that will bring Carmelo faced with a choice: resign themselves to injustice or fight to prove his innocence.
The film is the touch from the book “That Giudecca guy. An artist in the dock”, autobiographical work written by the famous Neapolitan singer, originally from Sicily, Carmelo Zappulla.