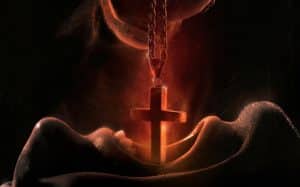 Lindsey comes out of an unsuccessful wedding with Dan and lives alone with her eleven-year-old son, Cameron, who perceives her parents’ disagreement and realizes that Mom does not even answer her father’s phone calls. The fact is, Dan – who has the pity of alcohol – knocked Cameron out of his arm and for this reason Lindsey wants to stay out of the way. One night at home, Cameron is inexplicably attacked by a color vagrant he had seen in the evening in the street. At first the child seems to succumb, then instead defeats the woman almost easily.
But how did it really go? Dr. Seth Ember, though confined to a wheelchair, has the ability to enter the minds of possessed people and use this power to free them from possessions: to evict parasite spirits, he says.
But this activity is for him also the occasion of a constant search for Maggie, a malignant spirit responsible for the death of his wife and child in a road accident. Camilla Marquez, from the Vatican (no less), brings her a briefcase of money for a difficult case: a child is owned by an entity she believes is Maggie. The baby is Cameron. Man first is reluctant, then – after speaking with his old master, the priest Felix – decides to intervene and begin the difficult struggle to free Cameron from possession and himself from the nightmares of the past.
In the persistent series of exorcist films, this has something different: the figure of the exorcist, who in truth does not even agree to be defined as such. Unfortunately, the novelty ends here and the film is limited to alternating moments more or less effective, at a spectacular level, in a general context of discreet entertainment, but certainly not exaggerating. The part we encounter for the first time, Ember is well-played, crafted ably with the correct sense of displacement: a perfect introduction to this particular exorcist, who lives fully when it is introduced into the mind of others. The central part reveals a bit of information and is dispersed in the preparations for Ember’s work, which, as a scientist, goes more on the “scientific” than on the religious side.