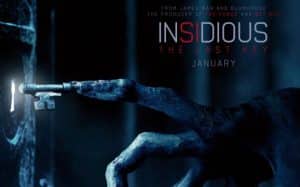 James Wan has devoted himself with skill and wisdom to revisit the commonplace of horror by trying to modernize them and give them a contemporary aesthetic. The work done with Saw – The enigmatic was remarkable for the innovation made to a sneak – that on serial killers – at that point really exhausted for the super exploitation it had been subjected to. The ingenuity of the plots and the push towards the limit – and beyond – of the cruelty shown and exhibited have created a huge success that has generated many imitators, more than sometimes with little merit (but this is not Wan’s fault) . The same approach, Wan attempted it without any particular success with Dead Silence, revision of the diabolical puppet movies, and the brutal Death Sentence, raw and quite unresolved. But these false steps were just part of an aging process that led to the creation of two new successful franchises, the one of Insidious and the one generated by The Evocation – The Conjuring (with the other spin-off series , Annabelle). Both of them devote themselves, from different points of view, to the exploration of so-called “institutional” themes of supernatural horror, with haunted houses and evil spirits in evidence.
Insidious, created by Wan along with her usual collaborator Leigh Whannell (with whom she also created the series open by Saw – The Enigmist) resumes elements from old and recent movies to rework them in a unitary way through efficient story management aimed at enhancing the horrible and macabre aspects of history, treating them with seriousness and plausibility.
Creating a fictional tetris for a far less desirable addition also adds a particular and fascinating visual value to the story. Wan’s excellence is above all to take seriously the subject matter and make it narrative in terms of suspense and tension, without particular psychological insights, but giving humanity and credibility to his characters, which is not common in horrors. Thus, the insights from Paranormal Activity, Poltergeist – Diabolic Attendances and others still coagulate effectively in the unethical, but elegant and functional style of Wan. This ability to give the characters and their dramas a great deal of weight, so that the spectator participates in it, perpetuates even in followers who, unlike what often happens, carry the story more than merely repeating it, present no value falls and form a single corpus of a good standard, though without particular points of excellence. The real problem could be represented by the fact that the most interesting character – the beloved medium Elise Rainier – dies at the end of the first film, but it can not obviously be missing in the sequels. This was partly true in Saw’s saga, where the killer with the arrogance and cruelty of the dead mania was always given to sick and dying, but he had to survive. In that case, it was probably the unstoppable and long-lasting success of the series to force authors to miracles of continuity to ensure somehow the presence of the dying killer (and then even dead).