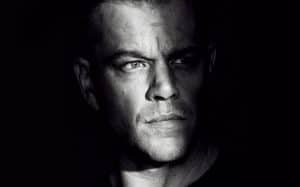 Nicky Parsons, ex-CIA agent, infiltrates a meeting in Reykjavik of hackers to penetrate US intelligence secrets. In doing so he recovers what is perhaps the missing piece in the reconstruction of the origins of Jason Bourne, a man turned into a kind of killing machine as a result of an experiment of the CIA. Nicky unable to contact Bourne, gave himself to the spot, and the meeting between the two immediately attracts the attention of Langley leaders, determined to eliminate both.
Paul Greengrass and Matt Damon giving new life to a franchise that seemed over after a chapter – The Bourne Legacy – who had tried to replace the star with Jeremy Renner. Not even Jason Bourne escapes the “compulsion to continue” that now characterizes unequivocally contemporary cinema – there’s bands that do not get together, there is no hero who will not be resurrected. After a trilogy that has had a profound effect on the American action cinema, Bourne then hits back. The network of spies in the field and more and more hackers are mixed in a tangle that recovers the character of Nicky Parsons and introduces a possible substitute, Heather Lee, ambitious intelligence agent that carries the angelic face of Alicia Vikander.
An operation similar to that of the post-Bond Lazenby Diamonds Are Forever who has the clear intention to shift the emphasis from secrets and misdeeds of the CIA to those of the “deep web” and the possible manipulation of social networks. The script is stripped and reduced to the essential: Matt Damon pronunciation fifteen lines in the whole movie, and his nemesis played by Vincent Cassel even less. It is a triumph, modern and impersonal, electronic devices and repeating rifles, destroyed cars and explosions, in which the human factor is increasingly relegated to the background. Hard to complain about the choice of Greengrass, especially when supported by action sequences like that which takes place during the riots in Athens’ Syntagma Square (rebuilt in Spain).
But the theme topical and full of implications on the contamination of the network and the post-Snowden require a completely different treatment than that simplistic operated by Greengrass and the writers (not to mention the father’s memory as Bourne’s return motive). Arrival in Las Vegas and the press conference Kalloor – a kind of Zuckerberg who faustianamente shook hands to evil – all trace of remaining credibility vanishes, delivering the performance to un’assolutoria identification of evil in the “old” CIA and demonstrating deficiencies of various degrees in the technological knowledge of the matter. Even the long action sequence that concludes the story squanders the good achieved in Syntagma square, with a bayonet duel that adds nothing to the metamorphosis from human to wild beast of Soi Cheang of Dog Bite Dog (American action still looks in Hong Kong, although the latter is almost devoid of this film).
Giving up so clearly the political implications which seems to suggest the plot, considering what he is told a simple tinsel, or a tool to show off their technique, it is little for the needs of the action film in 2016. We have already passed through here, and it’s time a phase 2, to put it in the manner of Marvel. (Already) seen what is capable of performing technically Greengrass, (already) seen the man-machine-killer-depersonalized and invincible, left with a feeling of impossibility – almost a conscious rejection – of spectator involvement and therefore a growing and inevitable boredom.