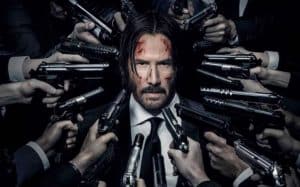 The film is the sequel to the hit action movie John Wick (2014), in which Keanu Reeves returns to play the legendary murderess. Director of the sequel will be Chad Stahelski (former director, along with David Leitch, the first chapter). The film is produced by Summit Entertainment, which is part of Lionsgate.
The synopsis: John Wick is forced to return to combat after a former partner has been working to seize a group of criminals who kills internationally. Forced to help the former partner, he decides to leave and goes to Rome where he will face some of the most cruel killer in the world.