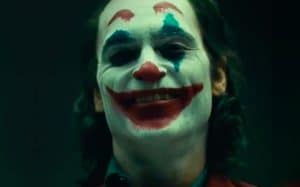 The Joker finally comes out of the shadows and will have the face of Joaquin Phoenix. Batman’s archenemy has earned himself the title role in a film dedicated to him, directed by Todd Phillips. Although the plot is still obscure and the film does not yet have a title, the story should be set in the ’80s and tell the life of the clown of little success that becomes the evil par excellence of the DC universe. The most sadistic, prankster, psychopath, treacherous, eccentric, charismatic, vain, egocentric, talkative and crazy criminal of Gotham City, also nicknamed Zuccherino, the clown crime prince, self-proclaimed artist of murder, is a character from the history intentionally left vague from DC Comics and little in-depth to the cinema.
This makes the task of Todd Phillips even more risky than if it were to fail it would destroy the icon of one of the most beloved villains. Moreover, another Joker film is scheduled and looks like Jared Leto, who had already played the character in Suicide Squad (2016).
Inspired by Martin Scorsese’s The King of Comedy and the comic book The Killing Joke, the film should be produced by Scorsese with a budget of 55 million dollars, which is surprisingly low compared to other cinecomics. We await, therefore, upcoming updates on the still obscure Joker.