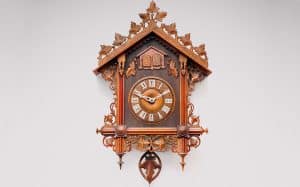 For twelve years Louis, playwright said, is far from home. He locked the door behind him and has not looked back since. But now Louis is dying at home and we want to return. Embarked on the first plane, it falls within the family that awaits him between thoughtfulness and hysteria. Doorway welcomes him the embrace of Suzanne, the younger sister who has never seen it grow, Antoine, the elder brother who feels threatened by the return of his brother who had monopolized the attention of parents throughout his childhood, Catherine, the sister insecure and never known who expresses her stammering truth, the mother, all prepared at the return of a child never understood. Now that Louis came back she would like so much that things worked, that his children they found the words to say, but no one says and all they sentence. Nobody knows nothing of the other, death draws near and the voice to proclaim it goes off on an index asking for silence.
There is something discordant in the sixth Xavier Dolan’s film, something that you immediately because it is the most recognizable sound track of his cinema. Inhabited by all the French actors, it is only the end of the world loses the Quebecois accent and literally speaks a different language, a different language. Stuck like its protagonist over the time between the intention to disclose a (bad) news and the impossibility of doing so, is only the end of the world confirms the balance (unbalanced) of the Dolan film between intensity and derision, exuberance and despair but rethinks his ‘music’, ‘playing’ evidently the end of a period of art.
Since I Killed My Mother Mommy is the complex emotion of shame, the shame of oneself always to separate the members of the Dolan family sailing on sight in endless controversy. It is only with the end of the world that separation is consumed without appeal in a hemorrhage of words almost posthumous. Ceremony of farewell in which the ferocity imposes itself on humor and dramatic force sinks into play by Jean-Luc Lagarce, the film depicts an impossible family reconciliation and closing the accounts with the subject, summoning one last time in a internal and inside the most absolute chaos in which neurosis, jealousy, frustration, resentment, but also love and admiration mingle.
Act play, flash of absolute distress, of uncontrollable hysteria arc, is only the end of the world announces the end of the world, the end of the self-world, that of the protagonist and the author, which are silent. Because others do not want to hear, because the others can not hear. Because there is a profound mismatch in the drama, intimidation mutual between returnees and those who welcome. The one is detained, others immoderate in perplexity they felt toward those who years before had ‘repudiated’ them. Louis is already dead, a dead man back among the living, not including stops feeling stranger. But the film also authorizes to think the opposite, that Louis, despite the evil that consumes him, is the only one to be alive in the face of a gathering of family ghosts, governed by the mother of Nathalie Baye with love red lips and blue eyes like the sea that separates it from the child.
theatrical structure that breathes only in the car ride of the two brothers, is only the end of the world is consumed around the table and inside the rooms. On the faces, on looks and their exchanges slides instead the pain and resentment for the void left by the son-brother who one day was one of them. In the first floors, in fields and reverse shots, saturated in a movie needs, Dolan crosses the thoughts and emerges what the characters fail to tell even to themselves. The images combine the rhythm of the sentences, the intonation, the colors, the breaths, the light that sometimes makes dazzling, releasing torrents of nostalgia and giving way to storms of youth, love, sex exploded in pop flashbacks.
Him to his unshakable actors, on all Vincent Cassel, older brother angry and frustrated that reads the brutality of a single note, Dolan produces a return dramaturgy, based on retrospection, which remains sterile on the plane and works on the juxtaposition of parts. Impossible for Gaspard Ulliel, in front of the family, choir and court together awaiting the promise of a shared future, find strength or even just the time to take the floor.
As in the first Dolan, no one listens to anyone and everyone you speak above ranting. Film heavy blaring, is only the end of the world retains some affectation, the bird Cuckoo incarnate and weir to the ground, but it testifies to the maturity of a particular author that reduces the excess to grasp the hidden soul of the characters that inhabit irreparable size already too late. Crossed the border silence is the only solution. The only way out for Louis, prodigal son, and Xavier, a child prodigy, witnesses and narrators of their intimate epics of children. Epics neurotic that convert the ordinariness of family life in contemporary myth.