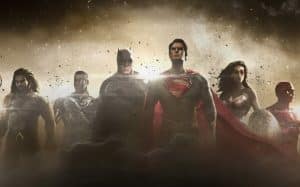 Superman, Batman, Green Lantern, Wonder Woman, Aquaman, Flash and other superheroes are fighting together against the forces of evil.
Bruce Wayne, driven by Superman’s heroic deeds, decides to ask for help all’alleata Diana Prince to face a difficult enemy to defeat. So Batman and Wonder Woman are united and begin a search among the superheroes to recruit the best and form a team attack. Meanwhile the Earth begins to be in danger.