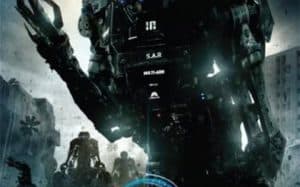 In the near future, a team of selected marines, led by Captain Bukes, is sent for routine training on a remote and unknown island from which all communications have been interrupted. Also part of the mission is the specialized Mills technician, a mysterious computer programmer whose brain is interfaced directly with the computer. Once reached the island, the training turns out to be anything but routine: Bukes and his team find themselves having to face a horde of terrified new generation military robots. And even if Mills seems to be involved in the conspiracy, they will need his technology to get out alive.