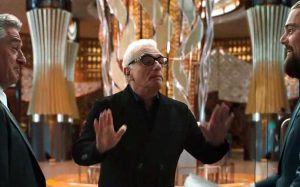 Killers of the Flower Moon

Set in 1920, the film tells the story of the mysterious murders of the Osage Indian tribe in Oklahoma, an area characterized by the abundant presence of oil. The case was entrusted to a new emerging agency, which is fighting corruption to resolve the case.
In negotiations to acquire the rights to David Grann’s book, “Killers of the Flower Moon: An American Crime and the Birth of the FBI”, there are Leonardo DiCaprio together with J.J. Abrams. Eli Roth was called as a screenwriter but the news has not yet been confirmed.