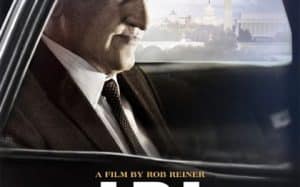 A dramatic film that tells the rise of Johnson, a politician from the south, until his appointment as the 36th president of the United States of America. In particular, attention will be paid to the radical political change that Vice President Johnson faced after President John F. Kennedy, assassinated in 1963. While political battles broke out on both sides, Johnson struggled to heal a nation and endorse his legacy by passing the historic civil rights law.