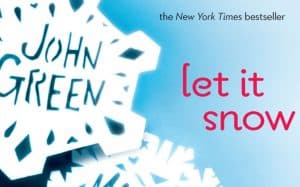 A snow storm envelops the Gracetown town during Christmas Eve. Jubilee, blocked by storm on a train, ends up spending the night before with Stuart, a guy you just met. Tobin venture with a group of friends in the snow to reach a room, attracted by a group of cheerleaders, but discovers that her true love is an old friend, Angie. Addie deals with a dwarf pig, thinking about the end of his love with Jeb.