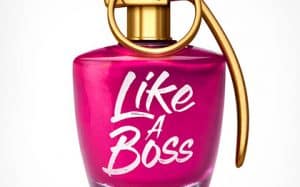 Ninth experience behind the camera of Miguel Arteta, former director of The Good Girl, Welcome to Cedar Rapids and Beatriz at Dinner, Friends in Business is a female comedy that tells of the hardships and the desire for revenge of two friends for the skin , Mel and Mia. The strange couple had a dream: to set up their own company of beauty products. Too bad that their project does not work and now the two have a debt of almost half a million dollars which forces them to look elsewhere for the necessary financial support to avoid financial failure.

On the horizon here is the emergence of Claire Luna, a successful entrepreneur in the sector or, better said, a giant in the cosmetic industry, who offers them a million and seven hundred thousand dollars deal. The euphoria of the agreement with the tycoon, however, soon turns into anguish when Mia and Mel realize that the ambitious captain of industry of Latin origins is actually robbing them of all their best ideas: the two friends make themselves so I realize that it will be their turn to fight a bad war for their survival with blows of beauty products …

An exceptional Salma Hayek in the role of the terrifying Claire Luna leads a cast of actresses with great comic talent for a film that convincingly adopts an openly easy-going, bright and fun register, in stark contrast to the “harder” and bittersweet comedies that Arteta has directed in the past (and for which he is probably best known).

The two main characters, Mel and Mia, are played respectively by Tiffany Haddish, a comedian of African American origins still relatively little known in Italy but highly appreciated in the USA, and by Rose Byrne, who confirms once again as one of the most appreciated actresses among Hollywood characteristics and one of the most versatile ever. Completing the cast are Jennifer Coolidge (the famous “Stifler’s mom” of the American Pie franchise recently seen also in the role of the terrible Sophie of 2 Broke Girls), Billy Porter, Ari Graynor and Karan Soni (the taxi driver of Indian origins in Deadpool).