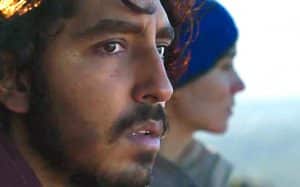 In 1986, the little five-year Saroo, decides one night to follow the elder brother not far from home, in the Indian district of Khandwa, to transport the bales of hay. Not resist, however, to sleep and wakes up alone and scared. Salt in search of his brother on a standstill, that part, though, before he gets down and runs 1600 km so, finding himself in Calcutta, without any knowledge of Bengali and no way to explain where it comes from. After a series of misadventures, it ends up in an orphanage and was adopted by an Australian couple. Twenty-five years later, with the help of Google Earth and his childhood memories, he goes in search of his family.
On paper, a story like that seemed to present itself, still had to decide whether he wants to or not to cry all his tears for an even more amazing version, however true, and maybe flatter narratively, Slumdog Millionaire. The less skeptical they could cling to the name of the director, Garth Davis, the creator of the most beautiful episodes of Top of the lake, to hope for some surprises. For a time, however, there is more. Throughout the first part, starring the little Sunny Pawar, it has something magnetic. We are glued to the strength of the child’s mind, his look, his heart swelling, and is catapulted despite himself from nothing of the original home to the vastness of the megalopolis and its inhumanity. Davis tells well how the look of Saroo clings to that of other children, looking for a brotherhood, against the background of an ambiguous adult world if not petty.
Lion is therefore a particular object, an “Oscar” film of the “Oscar” film avoids much all the usual defects. A great story with a happy ending, yes, but in which the emotional compensation is not complete and leaves behind in the spectator and the aftermath perhaps not covered; a film in which the inevitable “comebacks” screenwriting, typical of the genre, are handled with elegance uncommon, almost without you noticing, and so the fate of Saroo is told as a story within a story, that of an imaginary spoon it becomes a real and Anglophone “spoon” and which must be liberated, back to using the naan, the Indian bread, like a spoon, in order to return to touch one’s self. India itself, ultimately, is not that poor but colorful and pop Danny Boyle, is more real or at least credible: there is indeed a likelihood research, which is also located in the extreme approach of the couple Nicole Kidman- David Whenam the real torque of the true story that inspired the film, which is frankly not required for a product of this type, however, makes a difference.
In the second part, the question changes: the ellipse is very, perhaps too broad, and entrust the re-emergence of past Saroo a jalebi, such a Proustian madeleine, it means pulling a bit ‘the rope. Take over new issues, related to the new family, the fate of the mother and the figure of Mantosh, brother “different”, the other side of the story of its adoption. Too much material, perhaps; it would be perfect for the space granted to the typical of the new serial characters, not, however, for a piece of film that begins and ends elsewhere. Yet, the second part is important, is the real journey of the film, developed with some insistence too (the “return” to a shabby and desperate condition of the character of Dev Patel was not at all necessary), but still sheltered from danger, although present, coarse slips into melodrama.