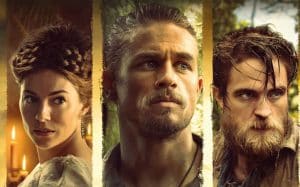 The Lost City of Z

Military Percy Fawcett in Great Britain at the beginning of the last century faces little chance of advancing in rank. He therefore accepts the Royal Society’s proposal to go to the Amazon, on the border between Brazil and Bolivia, to map a territory so far without map definitions. Fawcett leaves his wife for a mission that should last two years. But it remains so fascinated by the Amazon rainforest to decide to return to the search for a hidden city that he believes has found significant traces.
James Gray must have been struck by the description of the character of the protagonist David Grann wrote at the center of the book of the same name as a historical character. If you look at the director’s filmography you see how his attention has often been attracted by stories of live characters between two conflicting worlds.
Percy Fawcett was in fact a perfect example of Victorian and Edwardian society, but at the same time was opposed to his need for discovery and adventure. Without being uncomfortable with Conrad’s “Heart of Darkness” and filmmaking, Francis Ford Coppola, which seems to be alluding to the image that accompanies the title, in this film we are almost handed to the psyche of a man who does not give up on the values ​​of society Of his time but does not want to become a slave anyway. His relationship with his wife is not such as to push him to escape from the marble roof, indeed.
It’s not Mattia Pascal made in Britain that wants to lose its tracks in the rainforest. It will come back, not just once, but it will also validate what it believes to be the rules set for man against women, believing that the tasks entrusted to them are very different.