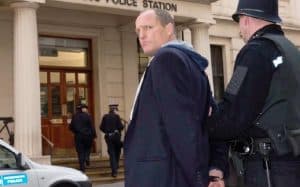 A series of Woody Harrelson brings events to spend a night in jail. The fact really happened to the actor and it is this misfortune that prompted him to make this film, a very original project that will see the broadcast live in cinemas: pictures will be made simultaneously in the exit room.