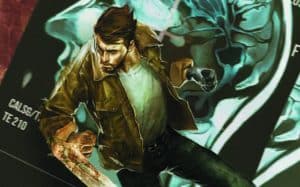 Alan Gates thinks he has a tumor that is poisoning but slowly realizes that instead it is a parasite that lives in his body and that is beginning to give him super powers. Then start a battle against an army that lives in the shadows.