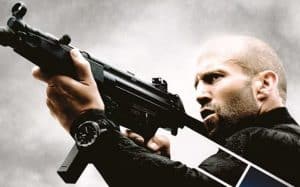 Arthur Bishop, one of the hit men killing more experts making it look accidental deaths, decided to put at rest. Although it has refused a request for engagement, it is forced to accept when the woman he fell in love are seized. He will have to make if you want three murders hope to see her alive.
After the remake, which has had a good return in terms of box office, could not miss the sequel with the killer at the center of the complex strategies such as infallible? Of course not. Indeed screenwriter Phillip Shelby has seen open before him wider horizons. “It ‘was an opportunity to bring Bishop on an international stage and for him to do much more dangerous actions in the most interesting and unusual long big situations,” he said. It is precisely that which results from the movie. Because the psychological level work that characterized the relationship between the two protagonists in the Profession murderess is totally lacking on this occasion. After an initial sequence that suggests a choice even more pronounced towards the ‘mission impossible’ style, there lies an exotic beach for nearly half an hour in order to give birth to the love story between Statham and Alba. Once defined the romantic scenario comes into play here and internationalization translates into having to make the three murders in geographically different scenarios.
The shootings scenes abound although still does not miss a discreet creativity in clashes. The film, however, saves the repetitiveness of a kind due to an apparition. His true ‘resurrection’ is constituted in fact the entry into the scene of a Tommy Lee Jones, arms dealer in pajamas, that finally offers the right counterbalance to Jason Statham. His fierce grin, cool jokes even in time of danger allow him to build a villain that could find its rightful place in the next 007 film.