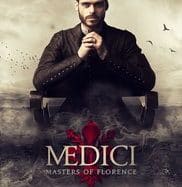 A tv series directed by Sergio Mimica-Gezzan, known for having directed the Battlestar Galactica, on the history of the family of bankers dominated Florence in the course of the 14th century.
The showrunner Frank Spotnitz has thus declared: “the Medici family, and used his power to change the traditional way of thinking, ushering in a new era of art and science is revolutionary in the way that the world had never seen. It is a powerful tale that resonates still today.”
In eight episodes, the Doctors are transformed from merchants to bankers. Particular attention is addressed to Cosimo de’ Medici, who had the key role in the rise of the family. But the first ambition came with John, the son of a wool merchant, founder of a bank that the patriarch will entrust to the children.
In the cast of the tv series and the outstanding Oscar-winning Dustin Hoffman in the role of Giovanni De ‘ Medici.