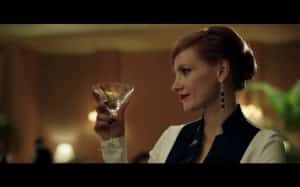 A veteran lobbyist named Elizabeth Sloane, along with a small team of politicians, tries to pass an important law within federal law clashing with members without scruple and best financed of the firearms lobby. The new bill, which requires more stringent controls on the possession of weapons, is gaining ground in Congress and Sloane begins to believe that things can finally go through. But to do so will compromise the relationship with people dear to her.