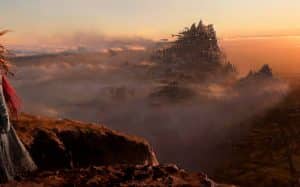 The film adaptation of the fantasy romance for kids written by Philip Reeve. The film, written by Peter Jackson, is set in a remote future, where Tom, a young historical apprentice, is in a desert world. One day the boy finds out and wakes up the murderous plan of a disfigured young man, but from that moment on, hero becomes a victim.