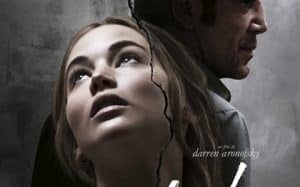 She moved into the large isolated house in the middle of the wheat fields for his love, and since his house was completely destroyed by fire, she is rebuilding it around piece by piece, with determination and concreteness. He, however, can not overcome the block that prevents him from writing and spends the days in front of the blank page. His books lie lined up on the shelves of the house, but the Poet seems to have lost his inspiration, and it is of no use to her loving encouragement. And while you ardently desire to build a family with Him, He stubbornly concentrates on his own barren horror vacui.
As long as a stranger bursts into the isolated house, which carries with it a series of increasingly numerous invaders. And you see gradually that profaned sacred space that had built with total self-denial.
“I will start from the Apocalypse”, she will say at a certain point, and really Mother! it is a race to be lost for a sort of Armageddon, intended both as an end and a beginning.
We are in full territory Aronofsky, author who in each of his previous works, from the most embarrassingly esoteric (The Fountain) to those seemingly more minimalist (The Wrestler), shows an extraordinary ability to take possession of the kitch and use it as a pick to unearth hidden truths . And it is precisely to The hidden truths that Mother! pays his most obvious film debit, also because of the presence in the cast of a Michelle Pfeiffer that makes her “white trash” character demonically tasty: just as Robert Zemeckis’s thriller told the difference between a couple and a woman search for uncomfortable and dangerous secrets that you would like to keep under the carpet (and there are many carpets even in Mother!) and a man who obtusely protects the status quo, even marital, of which he is a secular beneficiary.