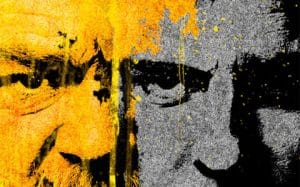 Based on the novel written by Stephen King in 2014, the series closely follows Mr. Mercedes and his investigations into the Hartsfield assassin. The killer, who taunts the retired police detective Hodges with a series of lurid letters and e-mails, forces the former policeman to undertake in private, and potentially illicitly, a manhunt to ensure man justice before it can strike again.