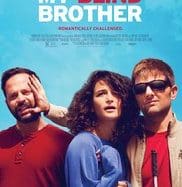 Bill has as his brother Robbie, a blind guy, athletic champion and neighborhood hero. There is no good blood flow between them, since Bill has always had to live in the shadow of Brother Robbie, but their rivalry reaches the climax when they have to fight for the same girl.