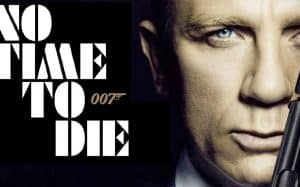 No Time To Die

Once again Daniel Craig wears the James Bond tailored tuxedo and drops into his most famous role that of Her Majesty’s secret agent to face in the film No Time to Die a terrible opponent (Rami Malek) who threatens the whole world. In short, we are facing the classic challenge between 007 and the super villain on duty in a chess game that sees as the playing field some of the most evocative places on the planet. But in reality No Time to Die, which boasts the direction of Cary Joji Fukunaka, is much more than that.
The production of this last chapter of the saga of 007 was not easy since in the beginning the direction was entrusted to the Oscar winner Danny Boyle, who was supposed to take care of the script together with his historical collaborator John Hodge. Not to mention that it has long been debated whether Daniel Craig should once again – due to age limits – renounce his license to kill.
Twenty-fifth film dedicated to the iconic character created by Ian Fleming’s pen and fifth episode of the saga that sees Daniel Craig as 007, No Time to Die actually shows us a secret agent now retired. James Bond in fact after the adventure that the public knows as Specter has retired to Jamaica to live with his beloved Madeleine Swann who has the face of the beautiful French actress Lea Seydoux. It is not the MI6 that calls him to action, but the friend of the CIA, Felix Leiter, the actor Jeffrey Wright, whom we also saw in this role in Casino Royale and in Quantum of Solace. But behind the disappearance of a scientist lies a deadly plot.
In 2006, when Daniel Craig was not yet forty years old when he first faced the role of James Bond, he initially raised some concerns. He was considered inelegant and very far from the actors who had played that part in the past. But precisely on an arrogant virility and an extreme physicality the English actor built his Bond arousing the enthusiasm of both the public and the critics. So much so that his 007s were a huge box office hit.
Another winning element was the inclusion of some subplots that surpassed the single film and accompanied the character in his extreme adventures. So no one was surprised when Bond and therefore Craig seemed ready to leave the game hand in hand with Seydoux after Specter. A choice supported by some peremptory statements of the actor. Then the latter dance which rightly shows us retired at the beginning.