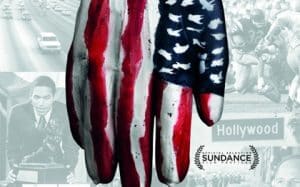 O.J. Made in America

A documentary that tells the culture of modern America through a narration aimed at analyzing one of the most controversial news stories of the recent history of the United States. Ezra Edelman revisits and redefines the rise and fall of football star O. J. Simpson, accused in 1994 of the murder of his ex-wife, Nicole Brown, and of a friend of his, Ronald Goldman. Two decades after the “trial of the century”, which held the entire country in suspense, will be the testimonies of Simpson’s friends and colleagues to alternate with the key evidence of the investigation – a glove, the blood -, to the motive – jealousy – in an attempt to give voice to a personal saga referable to the set of indelible and disturbing truths about the America of the 90s. The story of the athlete told through historical events that inevitably contributed to influence the positions and emotions during the process, a man fruit and victim of his own myth.