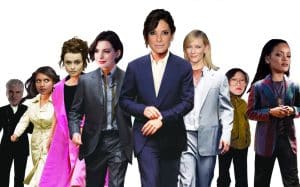 The film is the spin-off of Ocean’s Eleven (already a remake of the 1960s movie, followed by two sequels): the story this time will be centered on a group of ladies – all women – led by Sandra Bullock who interprets the sister of Danny Ocean, intent on devising a plan to make a lot of money: steal a necklace from Met Ball to fit the ruthless owner of an art gallery.
George Clooney and Steven Soderbergh produce while Gary Ross heads.