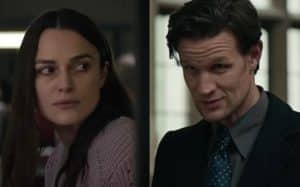 In 2003, as politicians wishing to invade Iraq, GCHQ translators Katharine Gun escaped an email urging the spying of UN Security Council members to force through resolution to go to war. They have been accused of violating the Official Law of Secrets and sentenced to imprisonment. Katharine and her lawyers began to defend their actions, to fight to get rid of the charges. With her life, freedom and marriage threatened, she must fight.