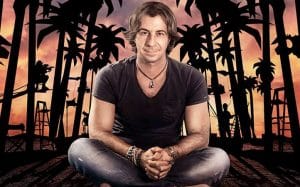 Marco Mazzoli is a radio DJ of great success and the inventor of one of the most listened to radio programs, that The Zoo that makes 105 million listeners daily barrel of jokes, profanity and childishness. On Air – A success story chronicles the lives of Mazzoli based on his eponymous autobiography, written with David Simon that Mazzoli that, in addition to being a first cousin of Mark, is the director and screenwriter of the film.
The best way – and the only one – to appreciate On Air is to forget everything you know about Marco Mazzoli and its Zoo, and evaluate the story as if it would create a fictional character. Removed preventions and irritation that many feel for Mazzoli and its programs you can then concentrate on this sort of Larry Flynt in the sixteenth that makes vulgarity her signature style (so to speak) and it is said without shame, because He plays himself in a portrait not exactly flattering. Mark moves with great ease before the camera, transmitting itself in a credible cinematic form, and director David supports it with a quantity of narrative devices and creative inventions often thought to contain the budget, but always to the story, and not to simple display of technical skill. The product placement are heavily invasive but also explicitly identified as “Marchettoni egregious” and the chick (to put it as Mazzoli) is unfailingly photogenic but not necessarily free from the brain.
In this narcissistic narrative it is irreverent which is also the stylistic Mazzoli dj, one iconoclastic spirit that is more reminiscent of John Landis (with all the enormous distinction applicable) that television biographies of the saints, and there’s that passionaccia for the radio which is a bit ‘as the film of the two cousins: ramshackle, surreal, over the top, playful, fanatical, addicted to music and words, complacent and bulimic. painful experiences too, as abandonments, betrayals, layoffs in the trunk, the personal and professional disappointments, are told in key farcical from this sort of lamp genius (in the Disney, and always with the necessary distinctions) entering and leaves the frame like a cartoon, taking punches in the face, and combines embarrassing mess as if it moved in an eternal middle school, one for which the radio is life and only mitigating factor, and so direct is really ” lust and emotion. ” The radio universe characters appearing in On Air, including those who interpret themselves as Claudio Cecchetto and Angelo Pintus, but also the fellow adventurers of the Zoo (traitors and substitutes), with the exception of Maccio Capatonda armored contractual constraints with another production (also sprach Mazzoli), are part of a planet pop that really exists and could not tell that the taste for hyperbole and grotesque.
Sure, it was necessary to cut at least half an hour of the stain, longer to hold onanism (not the literal Mazzoli character, that of storytelling), look more like an actor and less tedious for the role of Marco twenties, and change the title of the movie, because this is not the story of a success, but the portrait of a world that follows (not) videogame rules: on Air but has a presence film that goes beyond the ego (objectively exaggerated) of Mazzoli Brothers and try to be the form that reflects their Supertrash content.