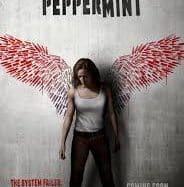 Forty-year-old Riley, a Los Angeles-based mother, assists the killing of her husband and daughter by the men of drug trafficker Garcia. Gravely wounded but surviving the attack, Riley identifies the killers and sends them to trial, but a corrupt judge declares her unreliable as a witness and cancels the proceedings. Five years later, after having disappeared and trained hard to become a perfect war machine, Riley begins to eliminate the one responsible for the death of his loved ones one by one, with the aim of reaching the instigator Garcia. Three policemen hunt her down, while an entire country splits over her actions, unsure whether to consider her as an outlaw or a heroine who fights against a rotten system within her.

Riley is a mother who takes care of the situation and does what she has to do. It is this aspect of his that inspired me: as an actress I had never been able to give body to such a need to defend, protect and take care of your family.
Jennifer Garner

The French Pierre Morel directs a new revenge-thriller after I will find you (2008), in which the former CIA agent Liam Neeson chased the kidnappers of his teenage daughter. In Peppermint it is Jennifer Garner who plays the role of a common American mother who, following an inexplicable tragedy, turns into a murderer in search of revenge and justice. Modeled as I will find you on The Nightgiver, Peppermint is an urban noir with the distinction of entrusting a woman with the role of protagonist: a contemporary Hollywood trend certainly a daughter of the #metoo movement and already seen in this same season in other films action and thrillers, such as Ocean’s 8 and Widows – Criminal Inheritance.

For Jennifer Garner it is a return to action after the Alias ​​series and eleven years away from The Kingdom; to interpret Riley he undertook a hard physical training, learning to box and practicing for a long time with a team of stuntmen. As requested by Morel, he personally shot all the fighting scenes.