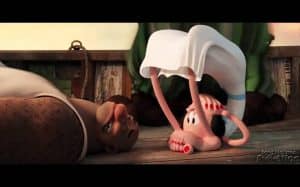 Created in 1929 by Elzie Crisler Segar, Popeye returns to the big screen in this new film made in CG and 3D, directed by Genndy Tartakovsky. The character was featured in the past of 638 cartoons from 1933 to 1968 and a live action film, directed by Robert Altman and starring Robin Williams.