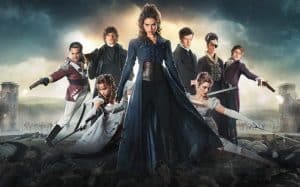 Pride and Prejudice and Zombies

London, XIX century. The Bennet sisters are looking for a husband, but if the attractive Jane soon finds her betrothed, the intractable woman-warrior Elizabeth is more difficult. The girl in fact chose to suppress his feelings for the colonel Darcy, preferring to provoke him verbally. Meanwhile, the threat of the zombies makes its way towards London, threatening to annihilate England and with it the human race.
literary event in 2009 for the bold choice to change the text of “Pride and Prejudice” by Jane Austen by inserting elements of horror, “Pride and Prejudice and Zombies” represented the prelude to the subsequent Seth Grahame-Smith’s bestseller: Abraham Lincoln, vampire hunter. Unlike the latter, PPZ is well later his film adaptation, through hypothetical intermediate stages with Natalie Portman (who also produces the final version) in the cast and director David O. Russell. At the end to turn it Burr Steers and protagonists are hopeful the cinema like James or Lily Sam Riley, side by side with icons gender as Lena Headey, now crystallized in the role of ruthless and unstoppable horsewoman.
With an obsequious respect for the original text, the Steers film ends to concentrate on the basic assumption of the novel: the juxtaposition between Romanticism rouged, but immortal, Austen and brutality of a world overrun by zombies cannibals, they too in a sense immortal, that you can only stop with a bullet in the skull. The contrast that results remains the dominant theme, which relies Steers in toto the fate of his work, but soon ends up sounding monotonous as the sound of a sistrum. Without indulging in profanity on the Scary Movie or chase the ZAZ derivation demented, PPZ – Pride + Prejudice + Zombies stays true to absurdity to its presumption of serious and credible work. Up to raise doubts on the existence of a target audience interested in such a proposal. Each gag, every turn, every situation to solve intricate lives of this mash-up: rifles replace the cups of tea, the killing of zombies burst into living rooms, but the Victorian chivalry code is never violated. Proceeding to the epilogue, a growing sense of care for the romance element of sloppiness towards its opposite reveals totally young adult nature of the work, it characterized dall’avvenenza of its young protagonists and a moral, vaguely comforting, on ‘acceptance of their own feelings and their own diversity.
At the end of the wars between the living and the undead represent little more than a nuisance, a hindrance not necessary in the flawless performance of austeniano novel. The iconoclastic disorder a cornerstone of the literature is thus transformed into the celebration of story-telling power of the latter, true winner of the fight. Poor and confused the action scenes, harmless and never gruesome horror moments, Burt Steers fact seems at ease only with dancing and courting, ie in the welcoming arms of Miss Austen. But this was the original intent?