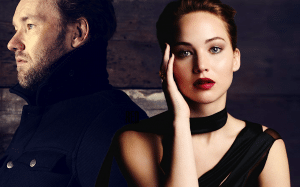 An adaptation of Jason Matthews’s spying book, whose film rights were bought by 20th Century Fox with a 7-digit check. The book is set in contemporary Russia, and tells the story of secret agent Dominika Egorova who struggles to survive in the post-Soviet intelligence bureaucracy. Against his will he becomes a “Sparrow”, a trained seductive agent who has to work against Nathan Nash, a CIA agent at his first job, who manages the most sensitive penetrations within Russian intelligence.
The two young intelligence officers clash in an overwhelming business atmosphere, deception, and inevitably a sexual attraction that threatens their career and the security of the precious American spy in Moscow. Dominica demands revenge against its soulless masters, and ends up living a dangerous double life after being recruited by the CIA to find a high level traitor in Washington. It will also hunt a Russian buried in the depths of the US Army and, against any expectation, will return to Moscow as a next-generation spy within Vladimir Putin’s intelligence.