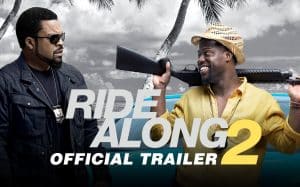 A year has passed from the incident which saw James in action in action with colleague Ben and now the latter is about to become his brother since his marriage to Angela is imminent. It will own the latter to ask his brother to give another chance to the future spouse making support in a mission that will take them from Atlanta to Miami to follow a track linked to a drug trafficking run by an unsuspecting philanthropist.
The first sequence of this sequel inevitable (given the success of the first film in the US) clarifies the terms of the issue and tells us who is the villain and who the character slimy (but maybe useful). Because everything here has to be clear from the beginning so that the viewer does not have to toil too confronted to entertainment with the lowest concentration required of neurons that may be offered. Like a child who already knows the characters of a fairy tale and that if he sees them reproduce in a new adventure nothing will be presented again or with regard to the canons of the lodging buddy / buddy (as happened in the lead film) or as concerns of the two protagonists characters.
If James is the real cop, Ben has to be the one who creates the highest possible number of complicated and awkward situations. The question is: will this time with even end up being a big aid? This is the only intellectual activity is asked to put in place the viewer (although it is not so difficult to give an answer).
For the rest of the equipment remains the same: pursuits (walking and driving), contrasts with the agent (woman and determined) the place that does not like intruders (starting with the use of his computer) and as much of the hyperactivity needed to interpret the ‘cop’ screwup.