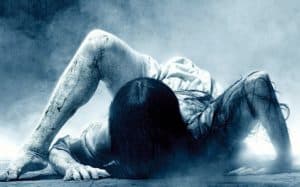 In an airplane, a man is quite nervous. He asks the neighbor of the seat if he knows the legend of the video that leads to death. She asks him why he fears to have seen him and his remaining week of life lasts for five minutes. In fact, from a screen on board the plane, the ghostly Samara materializes. Two years later, Skye, a college student, adopts an old video recorder on a market: Gabriel, his professor, explains that he comes from a family whose son died in an air crash a couple of years earlier. The two spend the night together. Gabriel works on the VCR until a video cassette is put on it, which is written: “Look at me.” And what does he do, Gabriel? She looks at her. Meanwhile, young Julia is engaged with Holt, who has to leave her to go to college. Time passes, but the two remain in touch via Skype. But then something happens: Holt no longer calls. Julia receives a video call from Holt’s computer, but she finds a stranger on the video, Skye, who is frustrated and frightened about the impending arrival of her. Worried, Julia rushes to college to investigate, but the matter instead of clarifying becomes more complicated: he does not find Holt, but talks to his professor, Gabriel, rather evasive and reticent. Julia insists on her research and finds a book written by Gabriel on the mystery of Samara: she realizes there is something unclear in the behavior of Professor and Skye, the girl of the video call. He still does not know what he is.
Many years after the second episode (The Ring 2) comes this third chapter of the American branch of The Ring series (the Japanese branch, originally from all that, is moving forward with its separate sequels, the latter of which , Sadako vs. Kayako compares the spectra of The Ring and the almost-famous Ju-On: The Grudge series.
More than a sequel, this is a sort of remake, since, though presumably the existence of a legend about the damned video of Samara (and hence a previous one), presents us with a new set of characters that can be found at Took on the trouble of watching the video (more or less the same as faced by the protagonists of previous movies). The disturbing elements coming from the original remain and work again: the transmissibility of the curse involving a fierce re-release of homino lupus, the effectiveness of the main spectral icon (Samara), the inscrutability and inelucability of evil and so on. Novel elements are few, if not marginal, like the search for Gabriel, aimed at revealing the supernatural in human existence and the fact that the old videotape is replaced by a computer file.