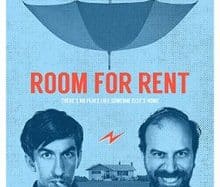 A veteran actor with more than 40 years in the business, Lin Shaye is a force in the horror community as she creates memorable performances . Any film that gives a leading role to a woman in the 70s is admirable. In an industry obsessed with the idea that age matters in film, Shaye demonstrates that all it takes is impressive action on anything superficial.
Fortunately, even though the film isn’t as polished as some of Lin Shaye’s most famous works, Room for Rent is still a perfect playground for an actress like her. A solid sense of fear moves over the film. Creating this kind of terror in such a small size makes an impact and makes Tommy Stovall’s new film seem like a pleasant walk.