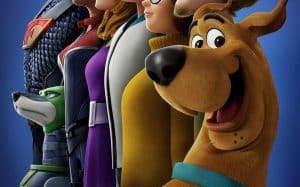 In 2019 Scooby-Doo and the four boys who accompany him inside the Misteri & affini celebrated fifty years of activity: on 13 September 1969, in fact, the first episode of the original animated series was broadcast on the American CBS we are known as Scooby-Doo! Where are you?.
In 2020, in the wake of the 50th anniversary, Scooby !, the first animated film for the big screen of the franchise, was released at the cinema.
The plot tells of the first meeting between the very young Scooby-Doo and Shaggy and the birth of their friendship and their very famous partnership (especially gastronomic, so to speak) but also of the first approach with Daphne, Velma and Fred as well as the origins of the Mysteries & related. The origin story, however, is also intertwined with a new case, in which the adult versions of our heroes are grappling with a new case that even involves the mythological dog Cerberus …
First animated feature film designed for the cinema in fifty years of the franchise, Scooby! is entirely made in CGI and comes after thirty-four films made for TV and the home video market between 1998 and 2019, fifteen animated TV series ranging from 1969 to today and four live-action films, two for cinema and two for television, made in the last twenty years. An impressive amount of productions in which, incredibly, an animated film for the cinema was missing.