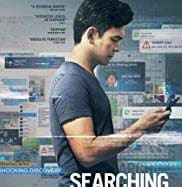 David Kim is an American widower of Korean descent whose teenage daughter Margot suddenly disappears without a trace. Or rather: it has left a lot of traces, but they are all locked up inside the laptop that the girl has unexpectedly left at home (particularly alarming in itself). What can a loving father do but completely ignorant of what concerns his daily life and his daughter’s friendships to find her? Enter his computer, and stick his nose between his contacts and his web history. What we spectators do with him, because the peculiarity of Searching, the first work of the American director of Indian origin Aneesh Chaganty, is that it takes place entirely on the screens of two laptops: first of David and then that of Margot.
Each revelation of the plot is also a web page opening; every event appears live through a monitor, in streaming television or spied on a web camera.
Searching is an original and courageous film experiment that tries to invent a cinematographic language not only based on new technologies, but on the way in which those technologies have changed our lives, and on the skills we have acquired, without even realizing it, thanks (or because of) the Internet, social networks and any other type of virtual interaction. None of this would have too much importance if the story told does not hold up dramatically. Fortunately, David’s frantic and daring pursuit follows the footsteps of the old-fashioned thriller, seasoned with necessary mysteries, ambiguities and twists. Like every good thriller, Searching also draws its origins from an all too real fear: that our children’s computer hides a parallel universe ready to transform itself into a mysterious forest where minors can come across the bad wolf.
Chaganty and his co-writer Sev Ohanian, both former employees of Google, invent dozens of stratagems to anchor the story to new technologies, but it is a story that would work even if it was told in a conventional way. Of course, its originality is above all in the way it is narrated: it is there that the fun for the spectators resides, not just the geeks who will undoubtedly catch a lot more details (and inside joke), but also the common users, who will realize with a certain disquiet about what we are literate in terms of passwords, apps and clicks.