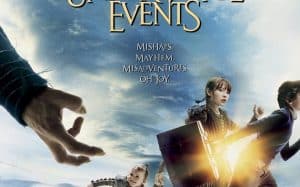 A Series of Unfortunate Events

Taken from the international bestselling series of Lemony Snicket (aka Daniel Handler) and with a cast headed by Neil Patrick Harris, winner of Emmy and Tony awards, A Series of Unfortunate Events tells the tragic story of the Baudelaire (orphans Violet, Klaus and Sunny ), whose evil guardian Count Olaf is ready to do anything to take possession of their inheritance. The three orphans must constantly sharpen our wits to thwart the evil plots and devious disguises Olaf and discover new clues about the mysterious death of their parents.
The series of eight episodes is an original production that Netflix has as executive producers Barry Sonnenfeld, awarded an Emmy, and Daniel Handler.