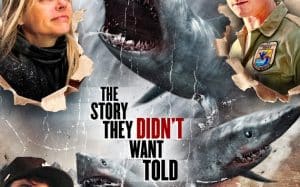 The first chapter of the post-apocalyptic movie series has introduced the concept of a load of sharks tornado that suddenly descends on the city of Los Angeles. Following North America will be destroyed by this bizarre cataclysm, the fifth chapter, will open on a disarming scene of ruin and destruction that involves most of the Member States and the rest of the world waiting for the inevitable: a “sharknado global “. From London to Asia, from South Africa to Mexico, Pinna and his family will have to put an end to “sharknado” once and for all.