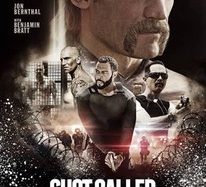 Jacob is a successful broker on Wall Street: happy family, jovial outings with friends, everything you could wish for a lifetime. But a mistake is enough to compromise everything. One evening Jacob drinks a glass more than usual, he gets distracted from driving and, in the violent incident that comes from the situation, his best friend loses his life. Tormented by guilt, Jacob accepts the sentence of manslaughter, which will lead him to jail along with those convicted of serious crimes. His life will never be the same.
Prison movie and path of expiation of a white collar, transplanted in the hell of the prison, are not exactly unpublished cues of genre cinema. But Ric Roman Waugh (in his past Felon – The guilty and two years as an infiltrated policeman) has the merit of fully believing in his investigation into the abyss of the psyche, demanding attention and obtaining it, even when the risk of retracing worn stereotypes is more concrete. The director avoids the classic diachronic path of fall, atonement and redemption.
Instead of seeing Waugh’s happy existence and then his descent into the underworld, Waugh prefers to shuffle the cards and rebuild it all through flashbacks, which complement the narrative at the present time. The spectator presumes to know how things went and what turned Jacob, but is obliged to wait, and in the meantime to get more and more in the shoes of a character forced to commit acts and make decisions beyond the execrable.
Although the end remains noble, the path of a Nikolaj Coster-waldau, which passes from plural murder to affiliation to the Aryan brotherhood, can not be forgotten. Can a man who tattoo swastikas on the body still represent the “good”? What hope does a world have in which the brutality of prison can transform the most unsuspected elements of society into war machines, without any form of prevention? Unanswered questions, while the extremely explicit violence of The Brotherhood flows, mindful in some scenes of the Cronenberg of The Assassin’s Promise. There are no intermediate stages in Waugh prison: either you are a warrior or you are a victim. This uncompromising nature, combined with the credibility of many investigations in the field, leads to forgive some approximation of a para-television look and to raise the brotherhood with respect to the status of ordinary B movie genre.