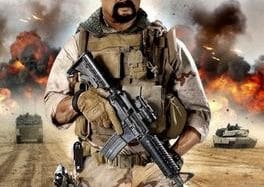 Afghanistan. A patrol of the Special Forces is committed in an attempt to free a us senator whose body guards and private were all killed. The enterprise succeeds, but two soldiers (including a talented sniper) must be left behind. The priority is, however, not to recovery but to that of a lorry-load of explosives that ended up in stranded in an area where there is the danger of an ambush.
Pass the doubt on the partner of Seagal’s (not Van Damme, but Van Dam, american professional wrestler and actor) must overcome a prejudice. For many years it is difficult to find a film that has as protagonist the american actor that the script is valid. On this occasion, however, while remaining in the area B movie, there is proposed a history that has of the reasons of interest.
The secret perhaps lies in the fact that Seagal puts the name on the poster (that I need to sell the dvd or the Blu-ray in several areas, a geographical-cultural in the world) but then is most of the time sitting or committed to shoot from a fixed location. Leaves room for the other performers all of whom have the physicality right (he now has long been overweight for the action scenes.
Noted that we are still within the conservative right (the democratic senator puts at risk many lives because he had the ‘claim’ to verify on the spot if you are wasting the economic resources in a conflict useless), we must recognize the direction of Fred Olen Ray, a certain dose of courage. Because almost 18 minutes of a film that lasts less than 90 are used at the beginning to describe the fighting between U.s. soldiers and the taliban aimed at the liberation of the politician. This decision allows us to build a climate of considerable tension and give the audience, comfortably sitting in his armchair, the feeling of being witnessing a true battle to the death. Even the decision to proceed subsequently with a parallel installation helps to keep alive the attention on the two sides of the narrative. Of course, the rhetoric is not missing, but, possibly due to the presence of two female characters, it is proposed to acceptable levels.